Are Your Policies in Violation of the National Relations Labor Act? 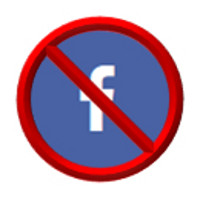 The National Relations Labor Board is no longer just for Unions. They have gained momentum and are flexing their muscles into the private non-union businesses.

If you have a policy that prohibits employees from discussing or disclosing their wage information to other employees; you are in direct violation of the National Relations Labor Act. Provisions are found to be unlawful when they interfere with the rights of employees under the NLRA, such as the right to discuss wages and working conditions with co-workers. Read More

Likewise the NLRB has ruled against employers for policies or work rules that are overbroad. The NLRB states if you have a Social Media Policy make sure it is lawful. Recent charges brought by the NRLB include a case where an employee was terminated for violating the companies Social Media Policy. The rule prohibited "making disparaging comments about the company through any media, including online blogs, other electronic media or through the media". The NLRB concluded that this rule was unlawful because it would reasonably be construed to restrict Section 7 activity, such as statements that the Employer is, for example, not treating employees fairly or paying them sufficiently.

Similarly, in another recent case brought by the NRLB, the Charging Party was discharged because of her Facebook posts violated the employer's policy. Again, they found the policy to be overbroad and restricted activity that was protected conduct under Section 7. This case involved a restaurant chain that had a policy stating "insubordination or other disrespectful conduct" and "inappropriate conversation" are subject to disciplinary action.

The list goes on and on... Bottom line is if you have a policy or work rule be sure it does not prohibit protected concerted activity.

The law enforced gives employees the right to act together to try to improve their pay and working conditions, with or without a union. If employees are fired, suspended, or otherwise penalized for taking part in protected group activity, the National Labor Relations Board will fight to restore what was unlawfully taken away.

SimpleHR has HR professionals on staff to assist our clients in managing their policies.

There's little doubt we live in a more dangerous world than we did just five years ago. Headline news reminds us that the dangers we face can all too easily permeate the workplace. Such incidents have led to negligent hiring and negligent retention liability lawsuits, most of which could be avoided if companies just adopt a few common sense practices. Read More

What is Negligent Hiring?

While employers have the right to hire the best-qualified individuals they also have a legal duty not to hire unfit individuals who pose a threat of harm to others. Hiring an applicant who turns out to have been lying can be an expensive mistake for a company -- and it can sting even more if the lying could have been detected ahead of time for the price of a simple background check.

Typically, a negligent-hiring suit stems from the actions of an employee whose background was checked inadequately if at all during the hiring process and whose villainous history was not discovered until the person had done further harm. Examples abound: The plumber with a record of violent felonies who murders a customer; the teacher forced out of two schools for sexual improprieties and later accused of molesting a student; the nursing home worker with numerous criminal convictions who assaults a visitor. These examples explain the risks of negligent hiring.

An employer has a negligent-hiring problem on their hands if they hire an unfit individual who injures others or hire an individual who steals from a customer and did not make an adequate inquiry into the applicant's background. By doing so, the employer failed to discover facts that would have led to the applicant's rejection because of the foreseeable risk of harm.

How can you reduce the risk of legal liability?

Employers run the risk of lawsuits for negligent hiring if they fail to exercise reasonable care in investigating an applicant's background, and as a result, hire an unsuitable individual who harms others in a way that was foreseeable based on that person's background. These lawsuits can be quite costly. The average settlement in lawsuits for negligent hiring exceeds $1.6 million. SimpleHR offers it's clients background checks and drug screening for a reasonable fee.

How to Avoid OSHA Fines

Find out how SimpleHR can be the employee management solution for you!

August 07, 2015 - Salary Threshold for Overtime Exemptions Proposed to be Increased in 2016

August 07, 2015 - Know the Signs of Heat Distress in Your Employees

* SimpleHR provides HR assistance as a Client benefit. This assistance is provided by an HR professional as general information and is not a substitute for legal advice.